BACKGROUND
Simon Wikström, a hairdresser rewarded for his skills, even though his young age, wanted to start his own hair studio and approached us to help out with the name and identity he wanted. The location of the barbershop is in Gothenburg, a city famous for its “dad jokes” and worker heritage, at a street famous for its cultural mix between Hipsters, rockers and everything in between, open for all cultures. The mission was to reinterpret the modern Scandinavian barbershop with his personality at its core.

CONCEPT
We realized that Simons personality was all about creating a mix between the personal coziness of his stylish home and the professional skills of his trade. He want you to get true quality in a comfortable and relaxed atmosphere a swell as a personalized, caring and professional experience. With this in mind, we created GRO - Hår & Skägg (Grow - Hair and Beard) with the identity based on a mix between the street culture of the location, its more polished hipster vibe and Simons worm and professional personality. The logotype aims for a modern, clean and Scandinavian style but with a humble and simple approach by having a string of hair at its core because thats what its all about. The frame and typography became the graphic elements for the modern identity, making it recognizable even without the logo. This identity made a strong contrast to its competitors and reinterpreted the oldschool barbershop style. Grow your hair and beard! But make it beautiful here. 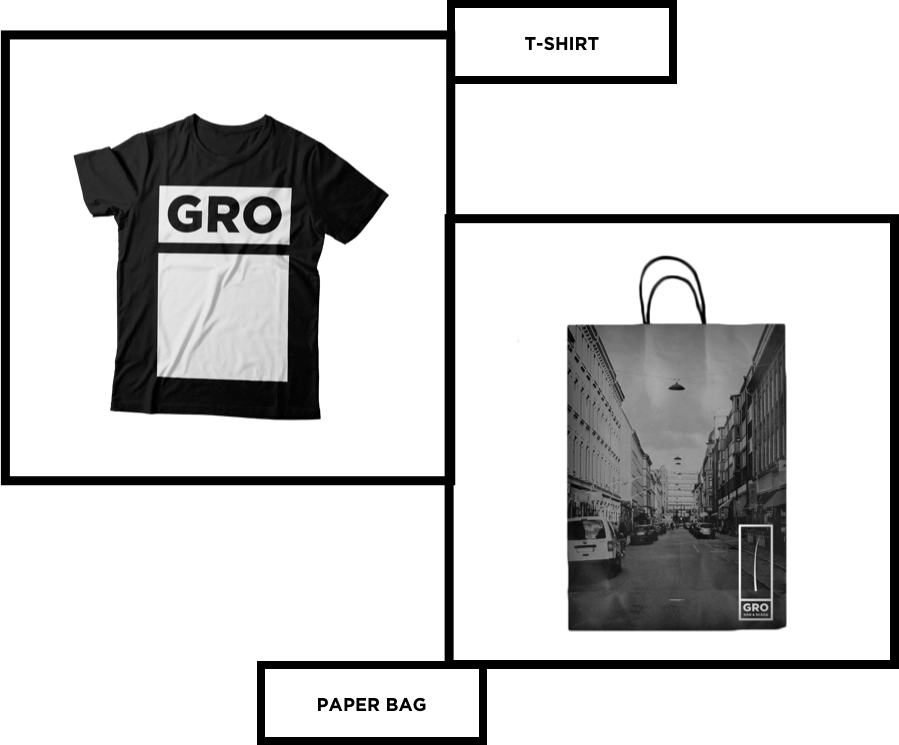 Prev
Arkane
Next
A Makers Collective